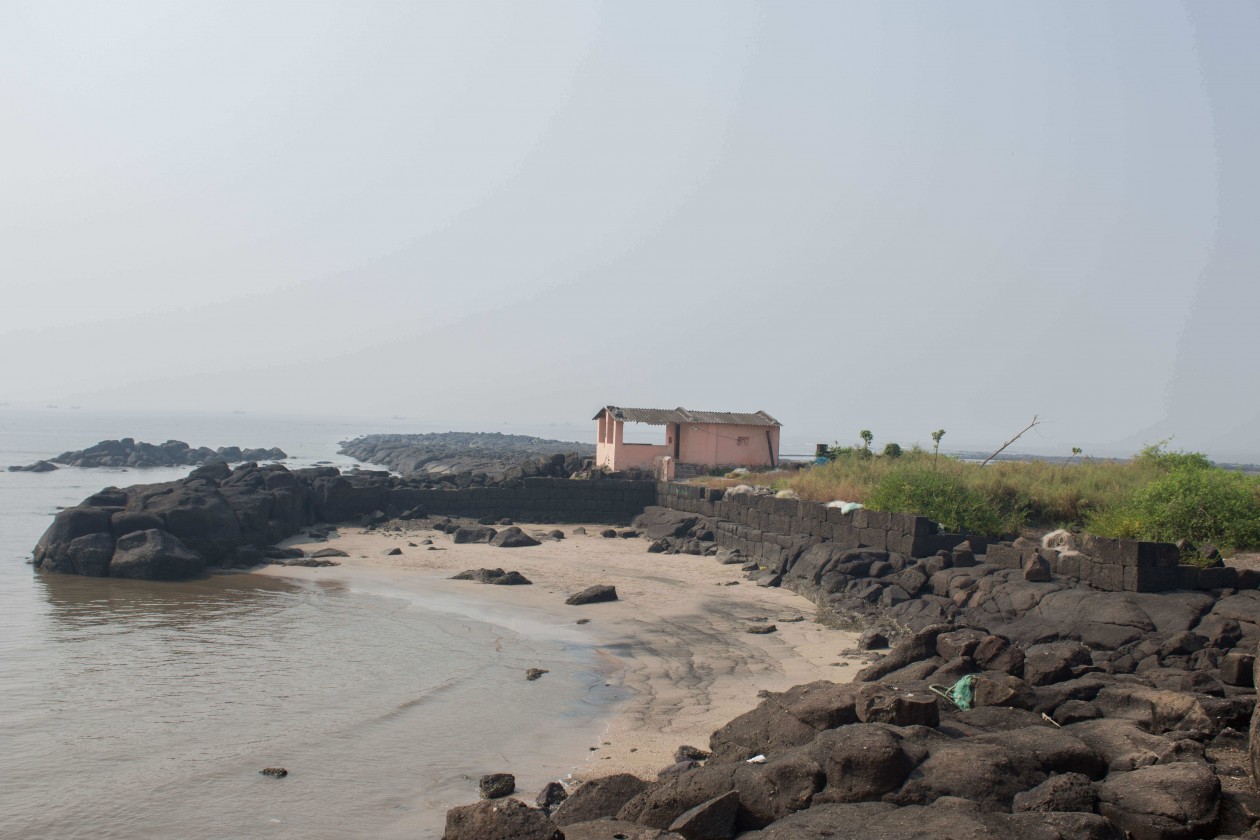 A Day Out in Alibaug

Alibaug is a perfect getaway to help you relax and be one with nature. I set out to Alibaug on a Saturday and hope my itinerary will help you plan your trip well.

Alibaug is a coastal town in the Raigad district of Maharashtra situated 110 km from Mumbai. There are ferries that ply from Gateway of India to Mandwa Jetty throughout the day from 6 a.m to 6 p.m except for during the monsoon season. There are three ferry operators – P.N.P, Ajanta and Maldar and ticket prices range from Rs. 85 to Rs 150. It will take you around 60min to reach Mandwa. You can also hire a private speed boat that will get you to Mandwa in 20 minutes. Each ferry company has their own private buses from Mandwa Jetty to Alibaug town. The bus fare is included in the ferry ticket. We travelled by the 6:15 a.m ferry.

The sunrise that you witness while you are on the ferry is second to none. Keep your camera on hand at all times as each moment will give you a different picture because of the change in intensity of light. You will be able to see luxury yachts anchored off the coast and also a few naval vessels on the way to Mandwa. We reached Mandwa jetty at 8:15 a.m. It took us 2 hours as there was a slight delay in the departure of the ferry. The bus to the main town was to leave in about 25 minutes after we reached the jetty. Instead of waiting for the bus we decided to take an auto rickshaw directly to Alibaug beach. The auto rickshaws here are large and can comfortably seat six passengers. Amongst the four of us we paid Rs.400 in total. The ride to the beach is about half an hour. There are trees on either side of the road and  a slight haze of early morning fog.

Alibaug beach is quite commercialized, the moment we set foot on the beach we were flocked by vendors offering us water rides and other beach activities. The beach is not very clean due to the crowd. Even though it was just 8:45 a.m there was a substantial crowd already present on the beach. To the left hand side of the beach there is a provision for pay and use changing rooms and toilets. About one kilometer into the water is the Kolaba Fort.

The Kolaba Fort was built in the year 1681 by Sambhaji Maharaj, son of Shivaji Maharaj. A major portion of the fort and a few buildings was lost in two fires in the years 1729 and 1787. You can reach the fort by foot or on carriages when it is low tide. Otherwise, boats ply to and fro from Alibaug beach to the fort. We travelled to the fort on a donkey carriage. Our rider waited for us while we spent an hour at the fort. The most intriguing feature of the fort is that it has number of freshwater wells even though it is a seaside fort. The fort has a Siddhivinayak temple which people frequent mainly during the Ganesh festival. There are also a few houses present of people who take care of the fort.

We reached back to Alibaug beach and relaxed for a while. If you walk straight from the main exit of the beach, after two cross roads you will find a decent restaurant. The breakfast there was not amazing but good enough to reenergize us. While we were waiting and thinking where to head next an auto rickshaw stopped by. The driver suggested that one of the best beaches in Alibaug is Kashid. But, Kashid is quite far and would take around one and a half hours to get there. Since we had just a day to spend, instead of travelling so far we decided to skip it. I am not a big fan of crowded commercialized beaches and would rather prefer a beach that is secluded and not many people frequent it. We asked the driver if there were any such beaches nearby. He suggested we go to Akshi beach and then head towards Nagaon beach.

On the way to Akshi from Alibaug we stopped at a Lotus pond. There is a narrow walkway that leads to the center of the pond. The ride to Akshi beach cost us Rs.200. It took half an hour to get there. At the entrance of the beach there were a few stalls selling chai and other eatables. Tall trees all around us and a steady flow of wind just felt extremely pleasant and serene. The beach looked like a flat desert because of the low tide. Apart from the four of us there were only six other people on the beach. This beach was clean and calm unlike Alibaug beach. This beach has no activities. You should just sit down, close your eyes and listen to the waves.

Nagaon beach from Akshi is 3.5 k.m. You will get auto rickshaws from Akshi beach but I suggest that you take your own time and walk along the coast from Akshi to Nagaon which we did. The walk can be a bit tiring especially if you do it in the blazing sun. Keep yourself hydrated and wear a cap to help protect yourself from a heatstroke. There are a number of resorts and private houses that open onto the beach along the way. The stairs to each of these properties can make for very interesting pictures. A lot of fishermen have their boats present on the coast.

As you near Nagaon beach you will be able to see jellyfish in the sky (read parasailing people). Nagaon beach is very commercialized. There are a number of activities right from camel rides to parasailing. There are a lot of shacks present as well. Do not miss the seafood from the shacks. By the time we left the beach it was already 4 p.m. We took an auto rickshaw directly back to Mandwa jetty as were tired and did not really want to travel by bus. The ride cost us Rs. 500 and it took 45 minutes to get to the jetty. We got the 17:15 p.m. ferry and headed back to Mumbai.