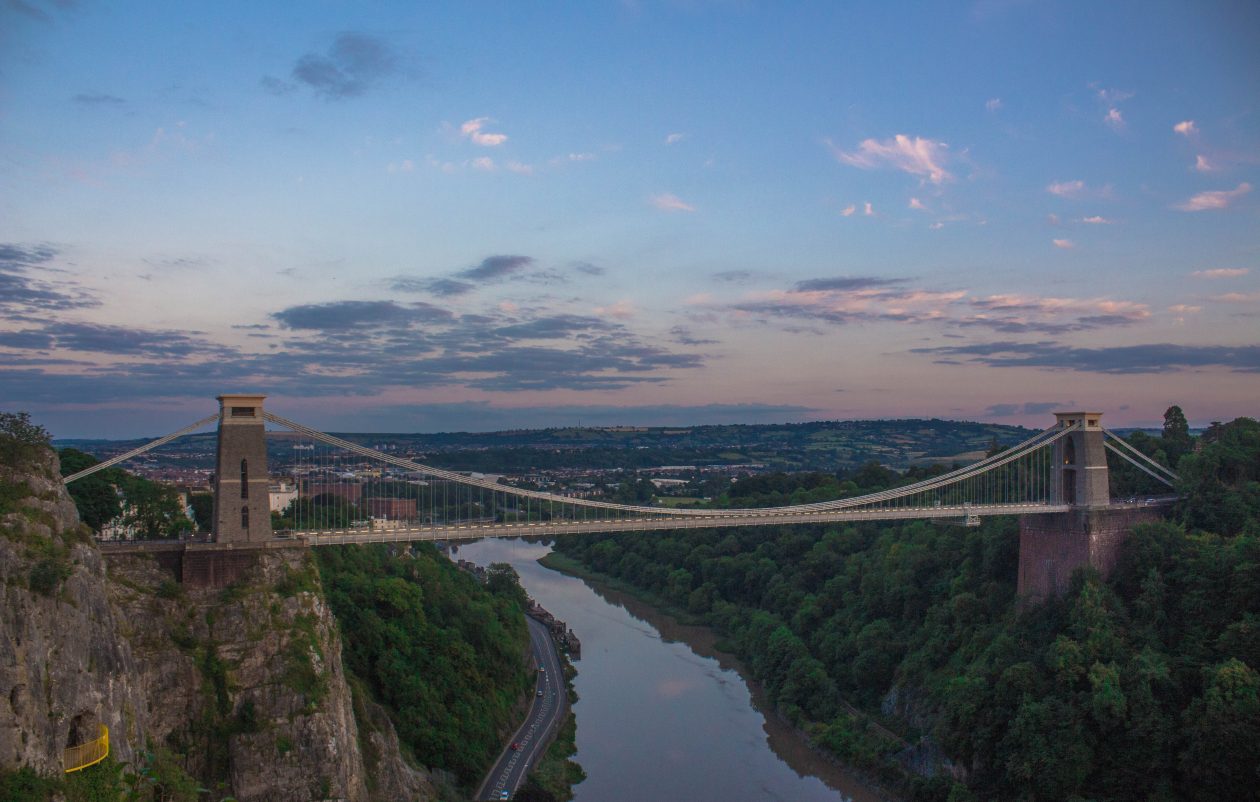 “ANY persons willing to submit DESIGNS for the ERECTION of an IRON SUSPENSION BRIDGE at CLIFTON DOWN over the RIVER AVON, to the consideration of the Committee appointed to arrange proceedings for carrying the measure into execution, are requested to forward the same, accompanied by an Estimate of the probable expense address “‘To the Bridge Committee, at the Office of Messrs. OSBORNE and WARD, Bristol’” on or before the 19th day of November next.

Should any of the Plans so furnished be adopted, the sum of One Hundred Guineas will be given to the Person furnishing the same, unless he shall be employed as the Engineer in the execution of the Work.  For particulars apply to Messrs. OSBORNE and WARD, Bristol.”

Even after this competition a suitable plan wasn’t found and the competition was relaunched. Eventually, 23 year old Isambard Kingdom Brunel appointed as Project Engineer. On 21st June 1831 work actually began, but the project was dogged with political and financial difficulties, and by 1843, with only the towers completed, the project was abandoned. Brunel died aged only 53 in 1859. With financial help from the Institution of Civil Engineers (ICE), work resumed on the bridge in 1862 under the supervision of Sir John Hawkshaw and William Henry Barlow, who modified Brunel’s original plan by widening the roadway and by increasing the suspension chains from two to three on each side. Construction was completed in the summer of 1864.

The bridge illuminations can be seen each night – beginning half an hour before sunset and finishing at midnight. The current illuminations were installed in 2005/06. There are 2796 low power Light Emitting Diodes (LEDs), expected to last for around 15 years. With all the other fittings, there are a total of 3072 bulbs on the bridge.