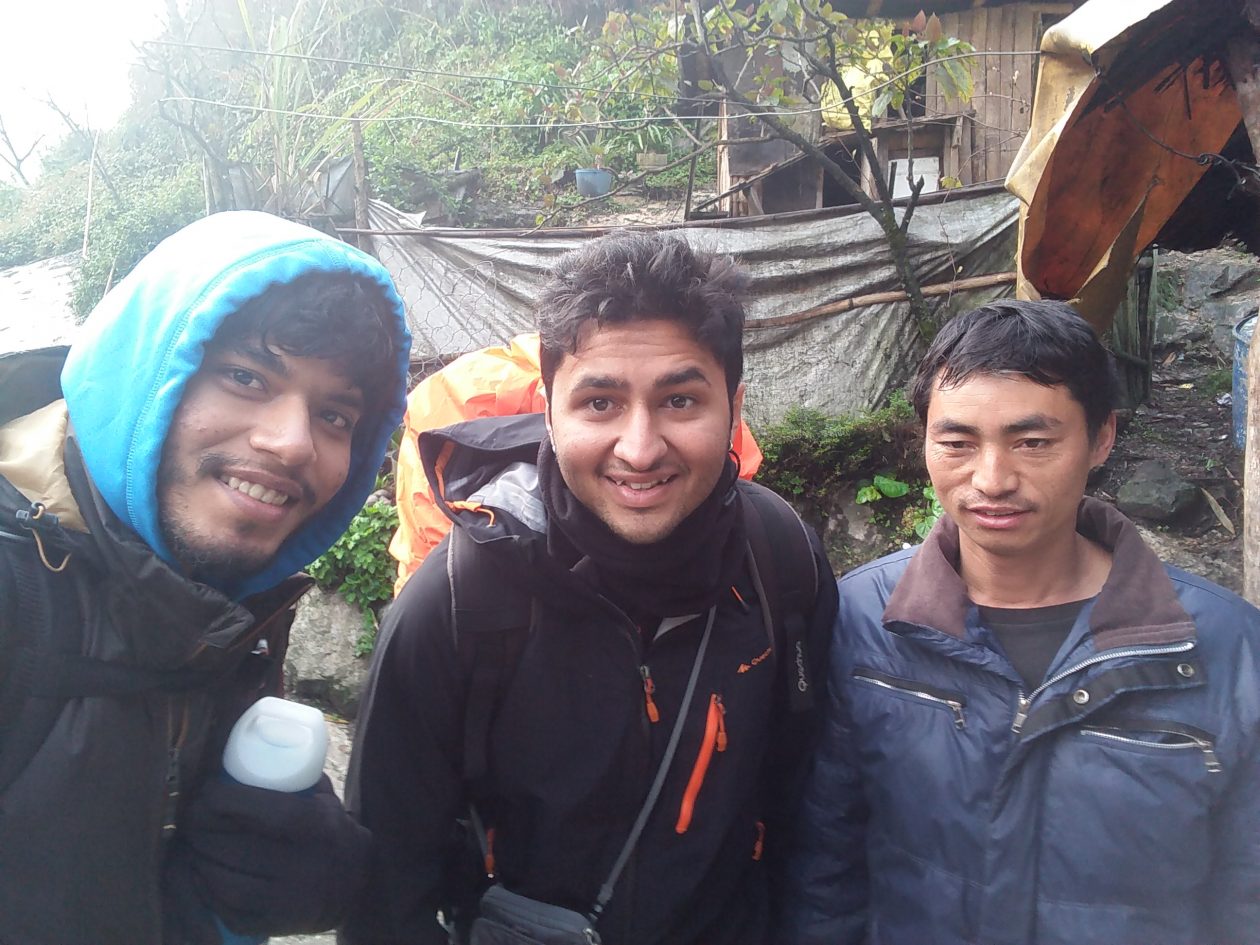 The Unexpected Brings You Most Joy

My friend Piyush and I were en route to Lachung – a remote village in North Sikkim, India. We had booked a package covering Lachen – Lachung – Yumthang over one night and two days for Rs1500. We were received at the pickup point by our twenty year old driver, Sontosh. Even before we began our journey to Lachen, we bonded really well with the driver and had become friends with him. We were ten passengers in the jeep who together travelled well-adjusted even with our mixed preferences and differences.

Piyush and I were sitting next to the driver and had direct access to the stereo so we kept mixing the playlist, entertaining Sontosh who was having a good laugh.

The roads were rough and it was drizzling when we started but, it did not prepare us for what was to come next.

The weather Gods were not on our side. What started off as a drizzle, gradually increased to a heavy downpour with strong winds, as we drove higher up the winding roads.

Our jeep had to maneuver through gushing water and rocks descending from a landslide. The entire road was strewn with rocks and water. It felt like we were crossing the base of a waterfall.

The people in the jeep started to panic but Sontosh would calm them down by saying that this was a daily routine. Although, he told my friend and me that the weather indeed was behaving unusual.

After crossing a few miles we stopped at a restaurant for lunch. It was already 3pm and to our dismay the food was already exhausted at the place. We had to wait for around half an hour for them to prepare the food before we were served. We then set out again.

The weather got worse and soon we were pelted with hail stones. To add to our woes, the windscreen wiper had stopped working, and our headlights had started to fade.

It was getting dark and we had to get to the nearest village as soon as possible. In spite of so much happening around us, Sontosh kept reassuring us that everything was fine. He was using a hand towel to clear the windscreen and said that as long as the engine is working you have nothing to worry about.

He was a regular on this route and knew the roads like the back of his hand. On reaching the nearest village  Chungthang – we learnt that there was a major landslide ahead and that all the vehicles that arrived since afternoon were stuck here. There were around thirty five vehicles that were all parked in the village’s football field.

There was no electricity in the entire village and was pitch dark. The constant whisper and chatter of people without any sight of them was very eerie giving the chills of walking through a ghost town. The Indian Army had put the stranded people in the Gurudwara of Chungthang and provided them with food packets and blankets.

The Gurudwara was overcrowded and had children crying out of fear in darkness. The whole atmosphere was very depressing so we decided to stay the night in the car. We left the Gurudwara and went to a local shop run by a family where we bought a bowl of noodles for our dinner and proceeded to the car.

Sontosh had a friend who lived in this village. Both of them were already sitting in the car. We conversed for a while and started playing loud music. One of the passengers who had been travelling with us in the jeep had returned to the car after dropping his family at the Gurudwara. When we asked him why wasn’t he at the Gurudwara, he said that he wasn’t comfortable there and wanted to sleep in the car.

Since the car wouldn’t be comfortable enough for all of us to spend the night in, Sontosh asked his friend if he could take us to his house to stay and let the man sleep in the car. The house was under a bridge at one end of the village. The friend was embarrassed to let us in and said that his house is too small and dirty and that it would make us laugh. We assured him that it would not matter as we had our sleeping bags. 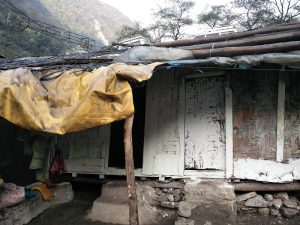 The house had a thatched roof and the walls were plastered with palm leaves and newspapers to provide insulation. There were two rooms and only one oil lamp. In one room he had 4 family members sleeping. He did not let us sleep on the floor saying that we would get dirty.

His elder brother gave us the longest bed in the house to sleep on as we were tall. We were extremely touched by this gesture of him giving up his bed to two random strangers! The hospitality and warmth we received felt unreal. 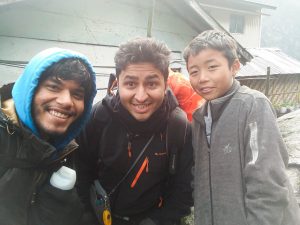 The next morning we were served biscuits and tea. We chatted with our hosts and exchanged contact details. We felt really blessed to have come across this family and that they provided us with a comfortable bed and food.

The army officials informed us that the landslide had not yet been cleared and advised us to go back to Gangtok. Ultimately, we did not make it to Lachung but we certainly made a local connection for life.

54 thoughts on “Chungthang – A Hospitable Experience”